Get those Tails up! 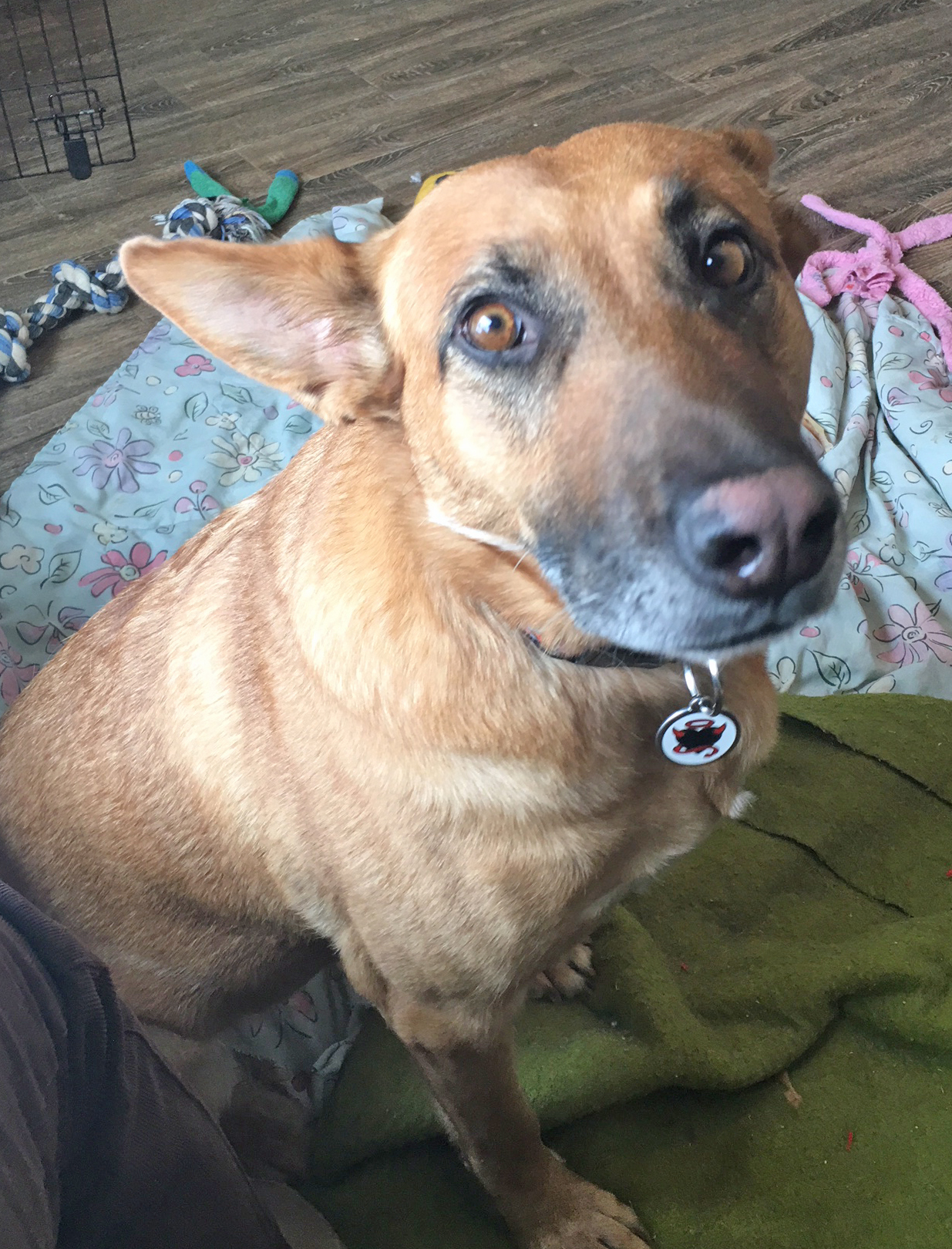 Life is not always easy on dogs. Some have been through trauma’s or had to endure puppy-hood on their own or through a tough situation. We can help these dogs by building their confidence and showing them a different perspective of the world – one in which they don’t have to endure alone.

This begins by simply holding the space – providing them a safe place where they can let their guard down. In the beginning this should be a place where they do more watching then interacting. Consider a crate or behind a baby gate; somewhere where they can watch and interpret the household activities, but not have to react….at least not initially.

Be sure the dog can see what’s going on though. Dogs need time to just sit and watch life from time to time. And for anxious dogs one of those times is when they first enter the house. It gives them a chance to hear and interpret the household sounds and energy. Dogs also learn a great deal from other dogs, so let the nervous dog watch you play and interact with your sound dog.

A safe place typically includes a crate. I’m a fan of wire crates due to their openness, ease of cleaning and ability to change them up depending on the dog. I always cover my crates with a sheet, sometimes the top is entirely covered other times it’s half-way but the dogs need an area which is den like, dark safe and protected.

A safe place is not a place that has rude dogs, dogs who attack or bully….this puts dogs on defense and will slow or stop progress. On the other hand, a friendly dog is often fantastic at helping with these dog. It’s imperative to start slow and stay involved. You want the scared dog to have you to rely on but also have the ability to check out the friendly pup. If you have a pushy dog or the dog needs more than a crate consider a crate with an x-pen around it.

Two or more dogs? Always start 1×1 then once front-door/back-door niceties have been completed and the scared puppy has either shaken off or is open mouth breathing, add the second.

A safe place is also one where you quickly know what to expect. One of the hardest things for these dogs to deal with is unpredictability…and as humans we are crazy unpredictable. We yell at TV’s and computers, we pick up our dogs or grab them when they’re not expecting it we bring home puppies without asking them. The best thing we can do for these guys is be as predictable as possible. Same tone of voice, same pace, same reactions to stuff, etc

Consider, this is not a time to vacuum or clean with smelly stuff. A broom is often intimidating to a sound dog, to a traumatized one they can quickly halt progress. As time passes and the dog gains their footing you can add these things one at a time but be sure to never corner these dogs, always give them an out.

Routines are a must for these kiddos. It’s not about eating at the exact same time every day as much as it is about knowing what to expect. For example, I feed my kiddos at different times but they all know they’ll go outside both before and after eating and will have 30min or so of downtime on their own during feeding time. By knowing what to expect they don’t have to think about these basic’s and can then figure out social interactions and other typical issues.

How you react to your dog will make a huge difference. For example, simply sitting near these dogs but facing away from them or off to the side will tremendous decrease the stress they feel. These dogs need space and an opportunity to come to you. Don’t reach for them! Wait until they come up to you then pet them on the side of their face or under their chin….NOT on top of the head.

To build confidence we need these dogs to deal with the world on their feet and with their heads up. So pet under the chin and encourage them to look at you. I often stand on a porch and have these dogs step up one or two steps for treats. It allows them to stretch out their bodies that they have kept tight and constrained. Note: there’s been studies done proving that holding a dogs tail up and over their backs for 2min each day builds their confidence. Think power poses for these dogs – dealing with their necks and tails primarily.

Does your dog flip over and show their bellies? I don’t encourage dogs this, instead consider it a coping mechanism that worked for them in the past but one that we’d like to do away with this. When a dog does it, I encourage them to sit upright, as soon as they do I pet them.

As you hold the space for your anxious pup, life will take over and stressors will be added to their lives. Perhaps some construction is happening nearby or your neighbor buys a Harley. Life happens and dogs have to deal with it, our goal with these dogs is to ground them to you. Then have you – their anchor – near them while they endure more and more stressors. As they see that they are safe and no longer need to be defensive, they can let their guards down.