The Challenge of being an XL Dog 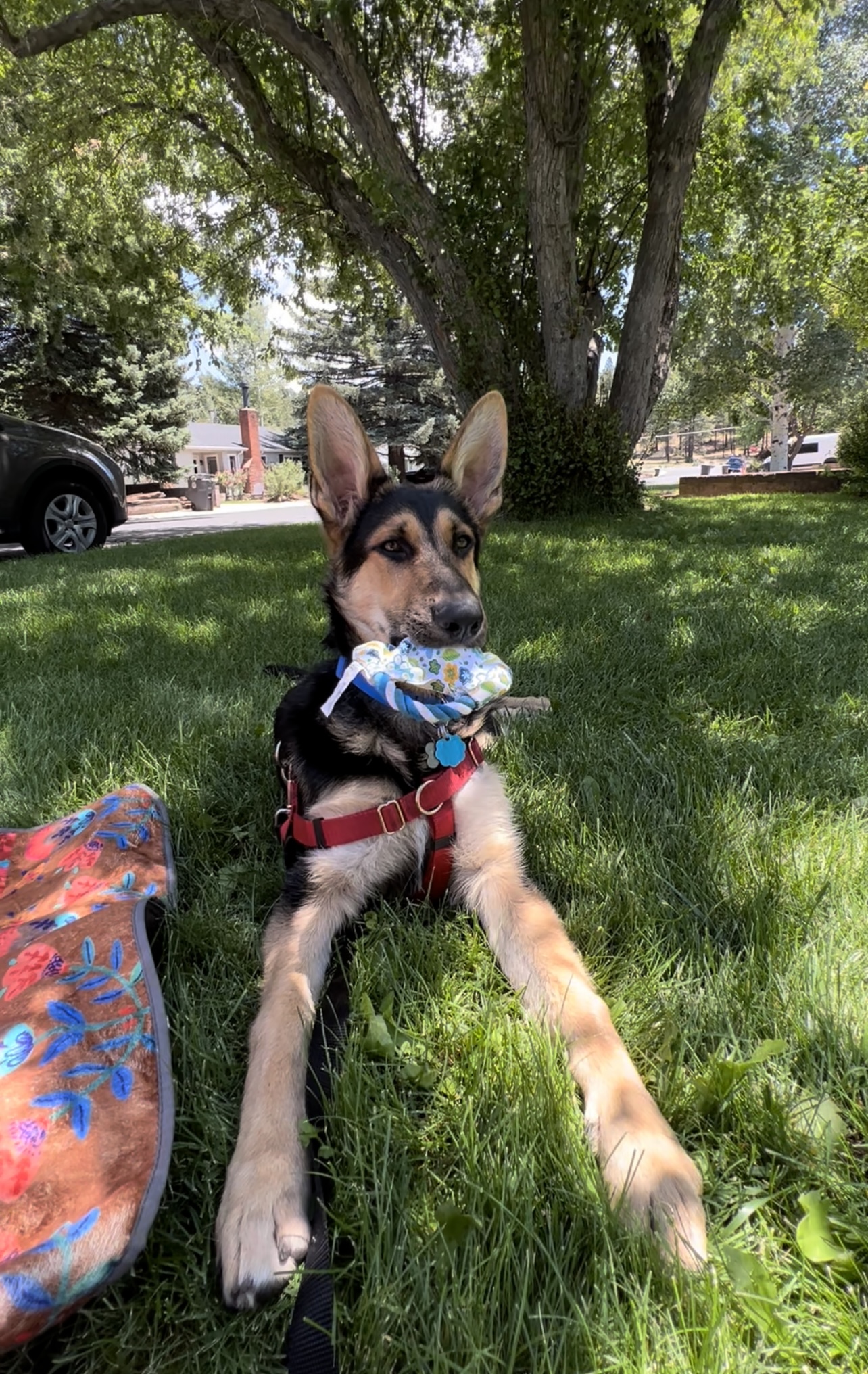 Meet Benny! Benny is a beautiful puppy who is trying to find his place in the world, the catch, he’s huge. Long body, longer tail and as a German Shepherd he has big tall ears and a long nose to accompany it. Extra-large dogs have it rough growing up for 3 reasons; dogs and people treat them like they’re older then they are, they often knock into things and they tend to be slower to mature.

We treat adult dogs differently than we treat puppies – dogs do the same. Puppies are given a lot of latitude to do things wrong and figure things out. Adult dogs, not so much. And that’s what often happens to XL dogs, like Benny. As a 7mo old he’s still taking in the world, exploring it with his mouth and doing things more often wrong than right.

But because of his size, dogs are quicker to correct him or lose patience with him. I’ve noticed the same thing happens with humans. We have to constantly remind ourselves, he’s just a puppy. When a dog is small, it’s obvious, but with XL dogs, its easy to forget and expect more from them then they’re capable of.

Another challenge for XL dogs is to take responsibility for their bodies. Often these are the dogs that knock down the Christmas tree on their way through the living room, then look back to see what happened. It’s crucial that these guys become body aware to try and minimize their impacts, and if unable, learn to get out of the way.

To help them understand how big they are we have XL dogs walk across a wide plank or through a ladder which has been placed on the ground until they ace it.

Lastly, XL dogs tend to do most of their maturing after the age of one. The delayed onset of maturity can cause them to be a bit pushier with people and dogs as well as push their boundaries. It’s imperative that they don’t use their bodies to get what they want.

I often remind people, the toughest puppies make for the best adults and that has never been more true than with XL dogs. These guys tend to be those awesome, easy adults that make you forget how much work a puppy is. The key with XL dogs is to remember they’re puppies still and need to be treated as such. And to ensure no other dog over corrects them or bullies them to gain status.