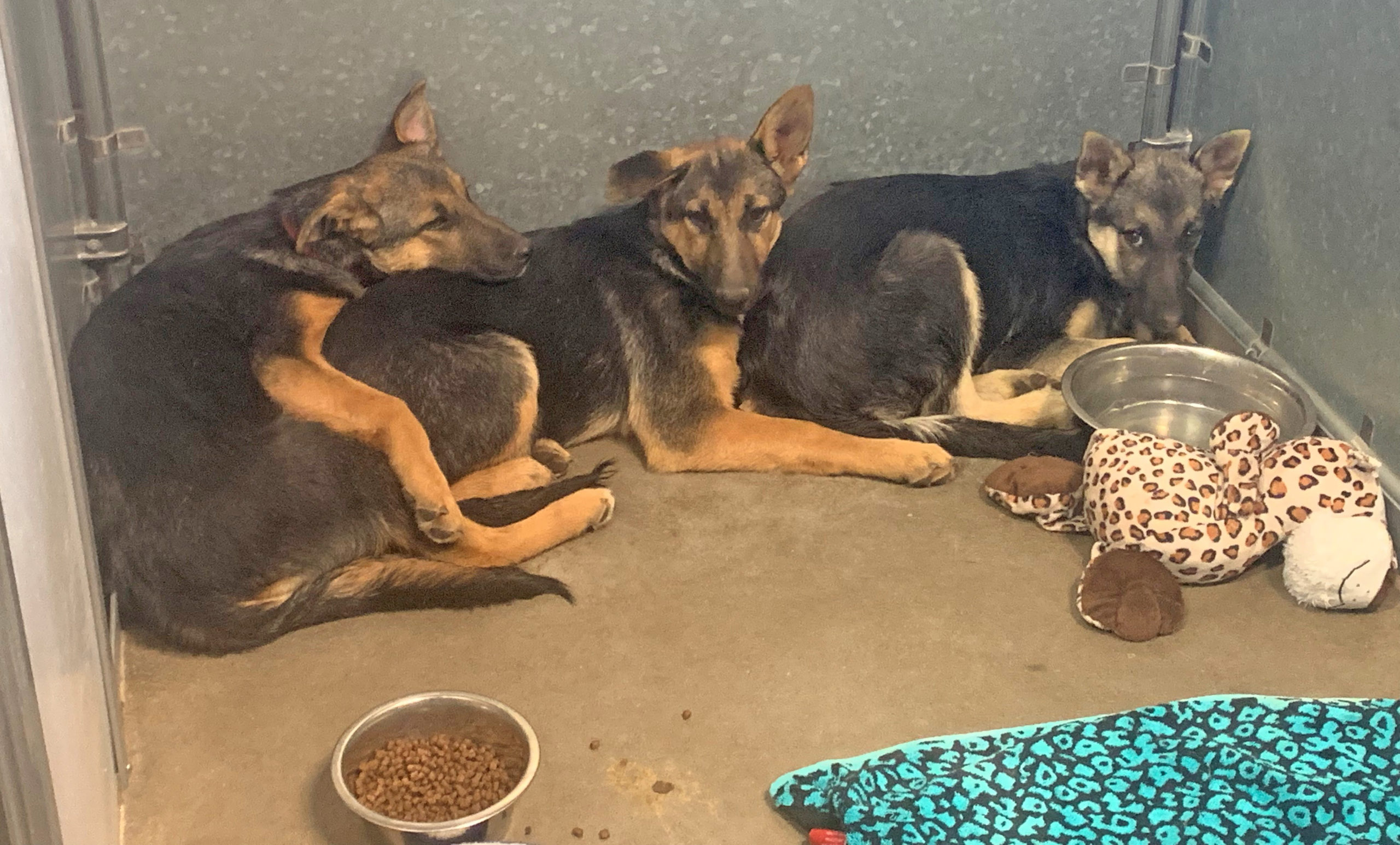 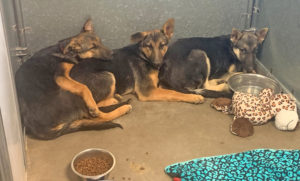 In late 2019 a man walked into the humane society and said he needed to get rid of some dogs. One of our technician’s helped him with paperwork then walked with him out to his truck to help unload the dogs. The man reached into the truck grabbed the first 40# Shepherd/Cattle dog mix by the skin above his spine. The dog cried out and the man grabbed his back leg and practically threw him at the technician. She begged him to let her get the other two herself but he insisted on repeating the horrible handling before tearing out of the driveway.

We named the 3 puppies Ty, Tess and Tilly and tried to handle them. The poor pups were so broken that for the first week they wouldn’t eat until we left the building. They laid huddled together for security, barely acknowledging our existence. 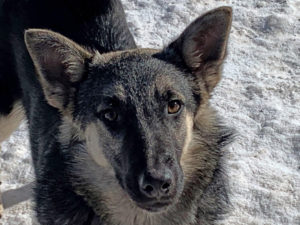 Every day, a number of our volunteers sat with them, showing them that they weren’t a threat. But still they stayed away from us, refused to walk on leash, and barely moved. One-by-one the volunteers visited with them, petted them and tried to get them to eat hot dogs, all to no avail.

After weeks, the worst of the 3 was sent to our partnering rehab center with our trainer. Tilly was taught how to live in a house, how to interact with people and where (and where not) to go to the bathroom.

After 4 weeks, Tilly had progressed nicely in training and was adopted to a wonderful couple who had helped a traumatized dog in the past and now wanted to do the same for Tilly. She met with her new canine siblings and loved them. Tilly is now doing fantastic in her home, thriving and becoming a happy, healthy, well-adjusted dog. 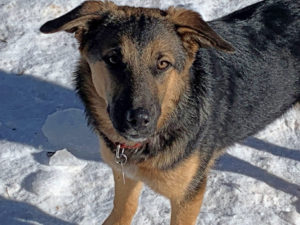 Then it was Ty and Tess’s turn. Together they were sent to rehab. A challenge with keeping two, bonded dogs together is that their bond with each other is often stronger than the bond with the human. But they progressed, albeit slowly and after 3 months, Tess was returned to the humane society to find her forever home. Tess now happily approaches anyone she knows and isn’t fearful of meeting new people. Tess is looking for a low-chaos, soft home, ideally with another dog. 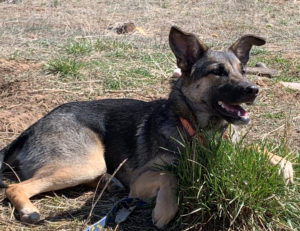 In the meantime….we received another sibling, maybe. Mary came to us almost 6 months after the first three but seemed just as bad. She cowered in the back of the kennel and was terrified of any attention or touch. Mary was sent to the rehab center just before Ty left and spent some time with him before getting her own attention and training. Although nervous, needy and clingy, Mary’s additional time away from the man had done her well, she didn’t need as long as her brother. Recently she was adopted by a loving young man and is doing terrific in her new home.

So many of the dogs we deal with have gone through a trauma. Perhaps they never left the house during their crucial socialization period or were ignored as puppies or so much worse. Whatever the situation, they deserve the opportunity to get a reset of sorts. To have someone hold the space for them while they regroup, heal if necessary and have the opportunity to find their true selves in a safe, loving environment. It takes longer when the dogs are as broken as these kiddos but I’d argue that the bond gained in helping a dog get their footing is one of the strongest you’ll experience. 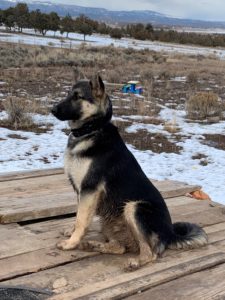 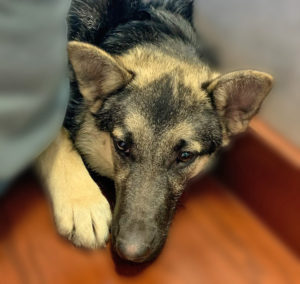 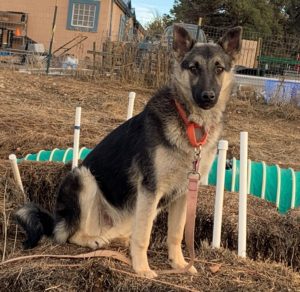 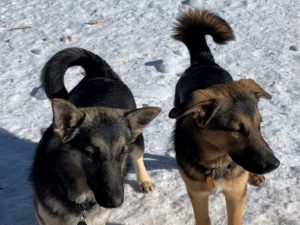