Dogs looking out for themselves often behave differently than dogs who have someone watching out for them. For example, they may act more defensively or on guard, and less naturally or relaxed. Reading these dogs and identifying the best way to help them through any behavior issues can a challenge. At pranaDOGS, we’ve worked for years in and with shelters and rescues, and now provide easy-to-follow steps on identifying the dogs issues and needs as well as the appropriate training plans. 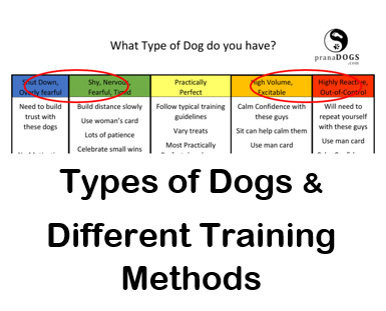 Knowing what type of dog you’re working with, and working with them based on their personality, is the key to helping a dog within the shelter and rescue environment. So often, dogs will become defensive when handed between households or organizations, even though this isn’t their true personality. Even dogs who erupt in what many call “aggressive” behavior, is often a defensive reflex repeated until it has become second nature. More about different types of dogs. 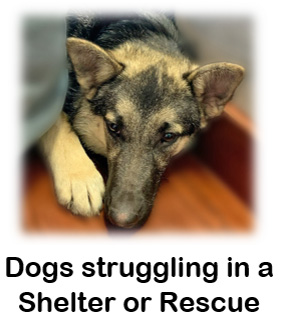 Most dogs transition through a shelter or rescue without issue-however, around 20% struggle with behavior issues. Unfortunately, many organizations don’t have access or funding to work with a rehab center. For these organizations, we’ve developed some basic information on working with these dogs directly and how to help them become their best selves. Learn more. 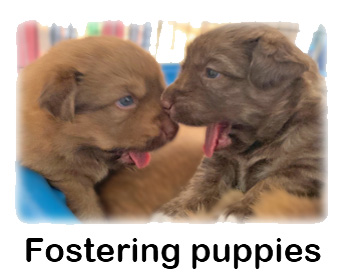 Lack of socialization in puppies (6wk-4mo) seems to be the #1 cause of behavior issues in young adult and adult dogs. During this short period, puppies grow up significantly and must have exposure to various environmental, human, and life experiences. Puppies must be brought out to different areas, meet other people, and experience different situations to grow into well-rounded adults. Imagine your people skills if you didn’t leave your house until you were 15 years old! 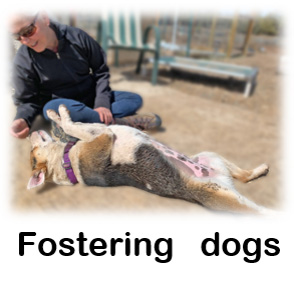 Fostering adult dogs can be such a rewarding experience. Beready to succeed with pranaDOGS Foster for Success dog guide, helping you interpret your foster dog’s personalities and train them according to their needs. It also includes tips to keep peace in the house, on the leash and enrichment ideas and activities. 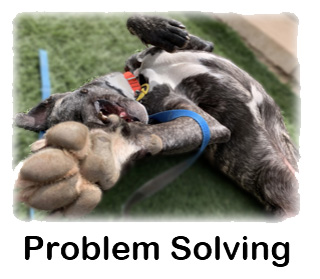 Unfortunately, shelters and rescues are often reunited with dogs who were adopted as puppies. Either they weren’t socialized or developed some bad manners. Whatever the reason, the dogs end up back in the shelter system and needing new homes. Adopting an unruly teenager is a lot to ask of someone, more than most people are willing to do. So we solve many of the common behavior problems shelter dogs present with, including barking, jumping, over-the-top behaviors, and running away. 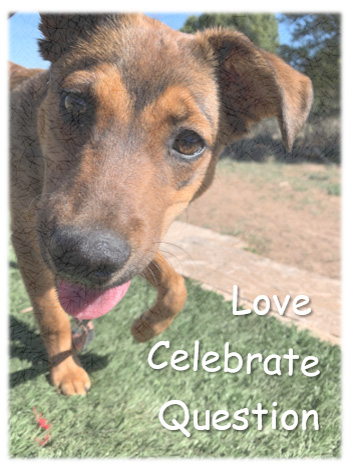 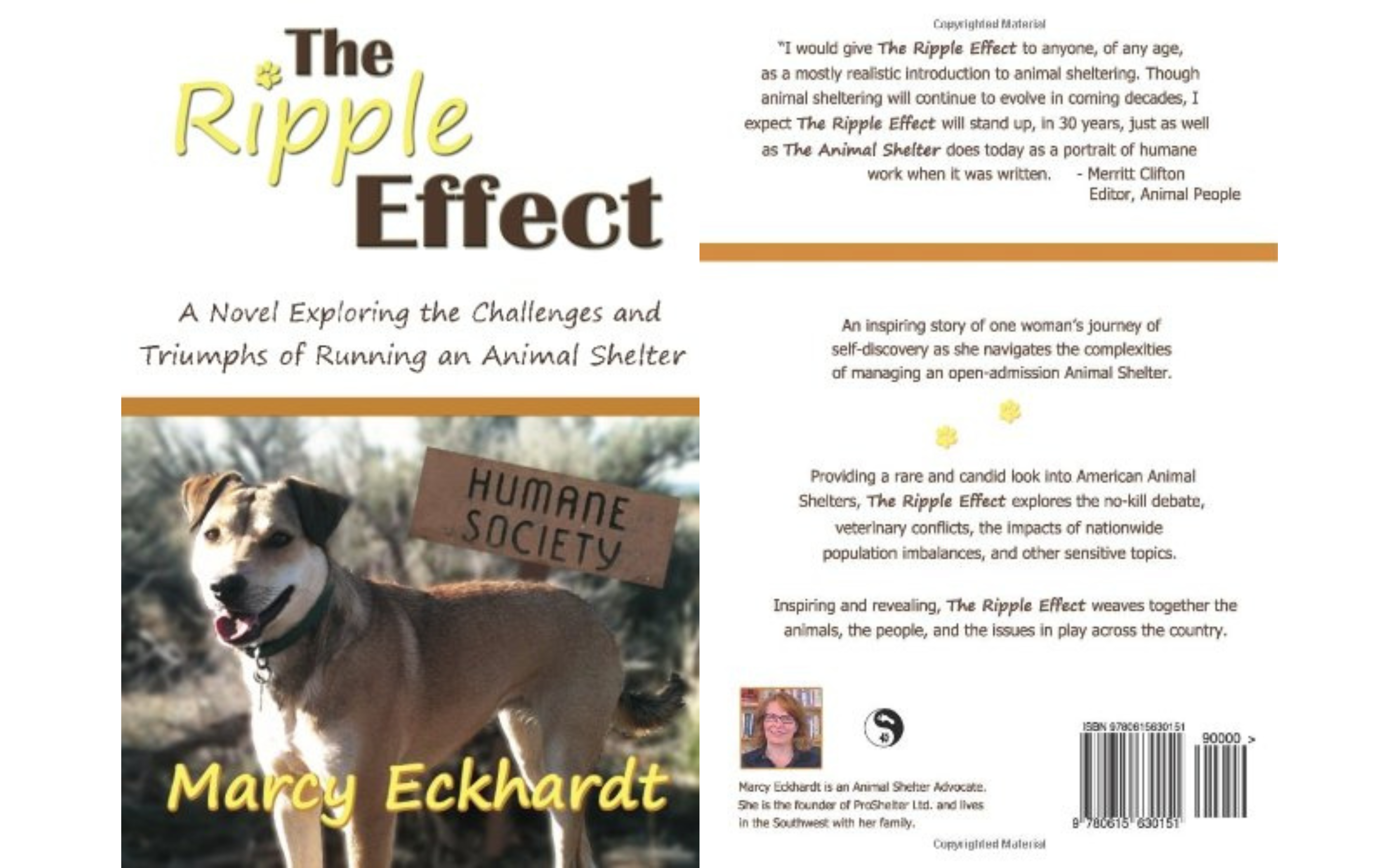 The Ripple Effect: A Novel Exploring the Challenges and Triumphs of Running an Animal Shelter

check out the ripple effect on amazon 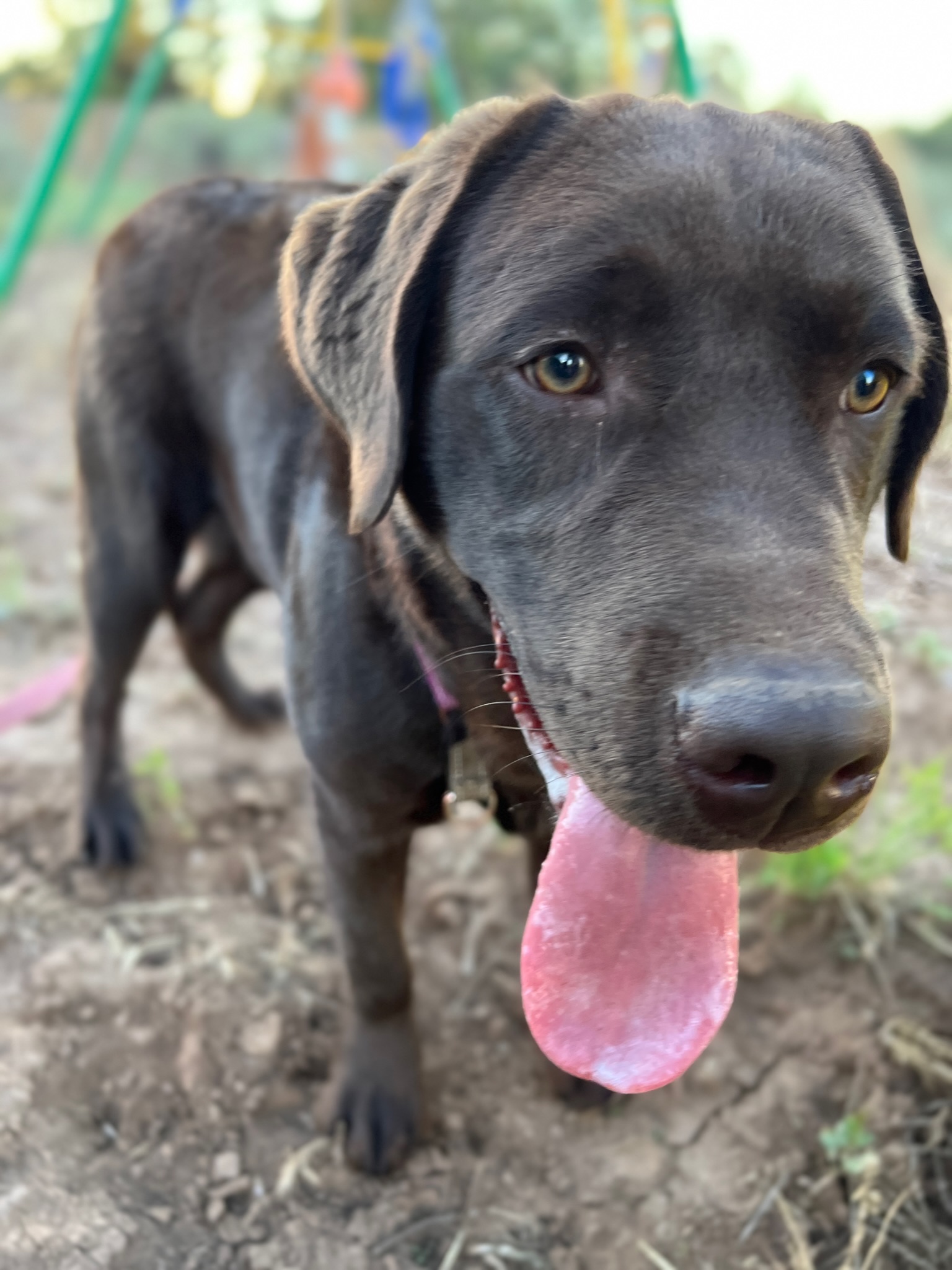 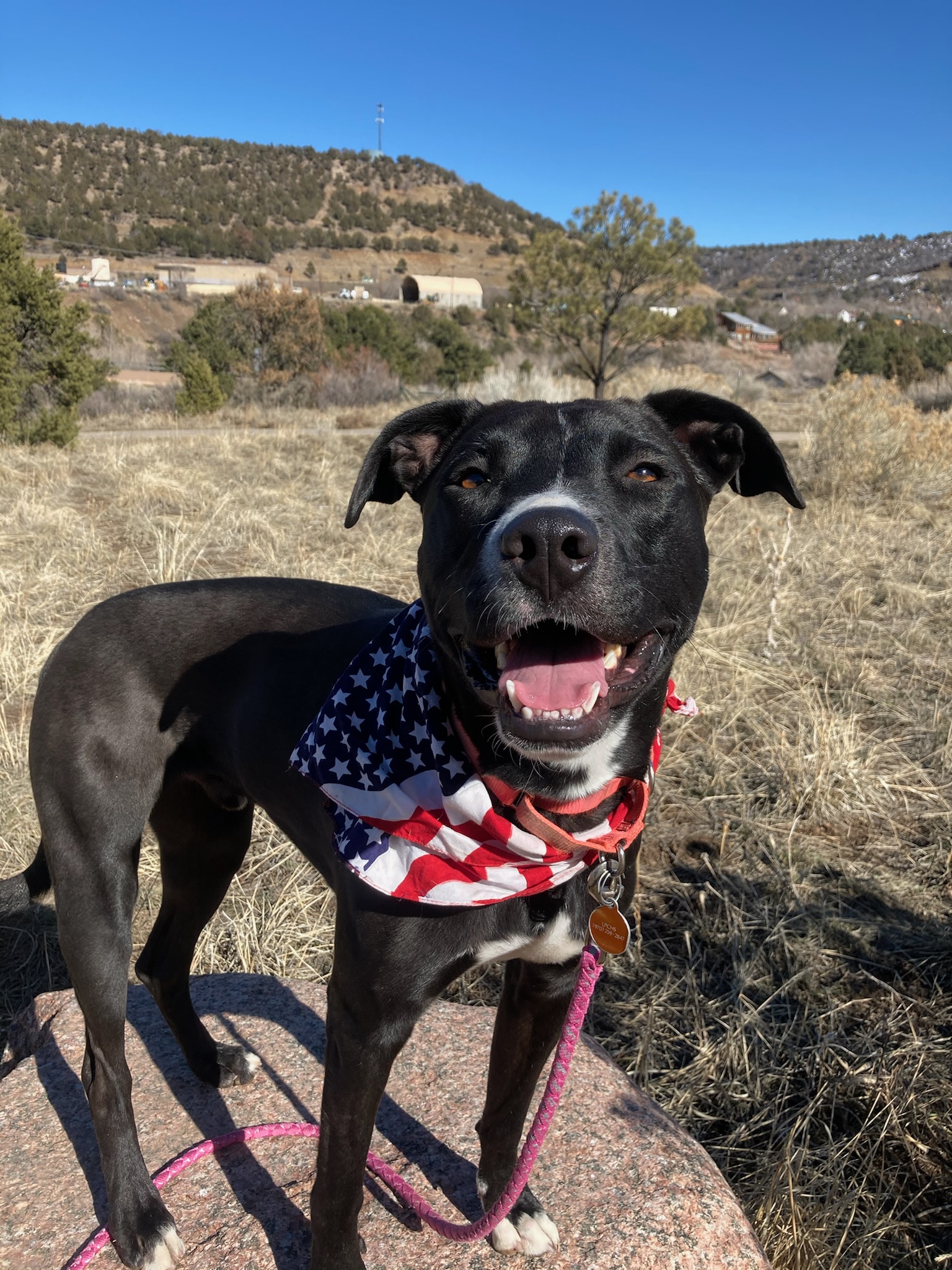 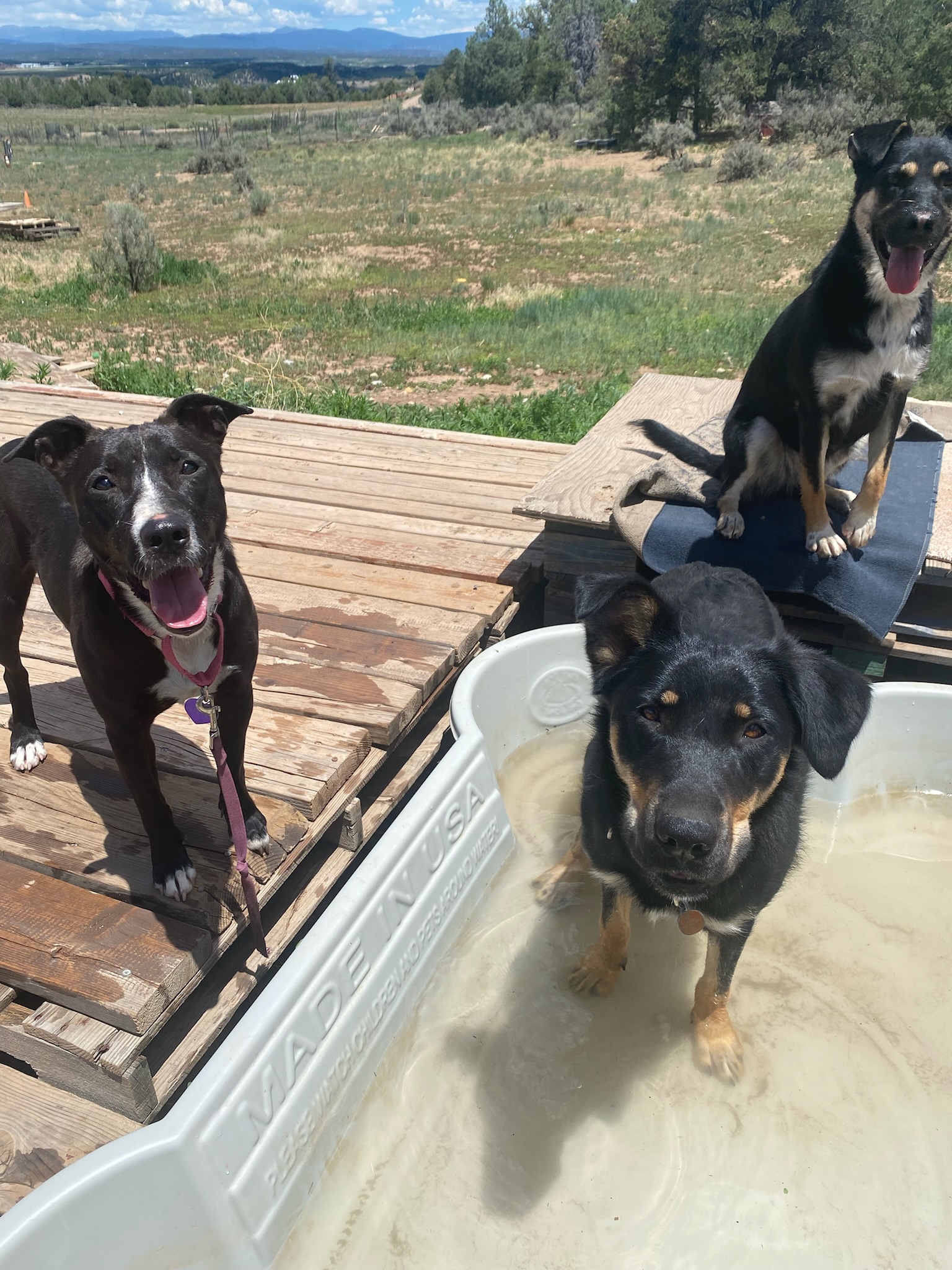 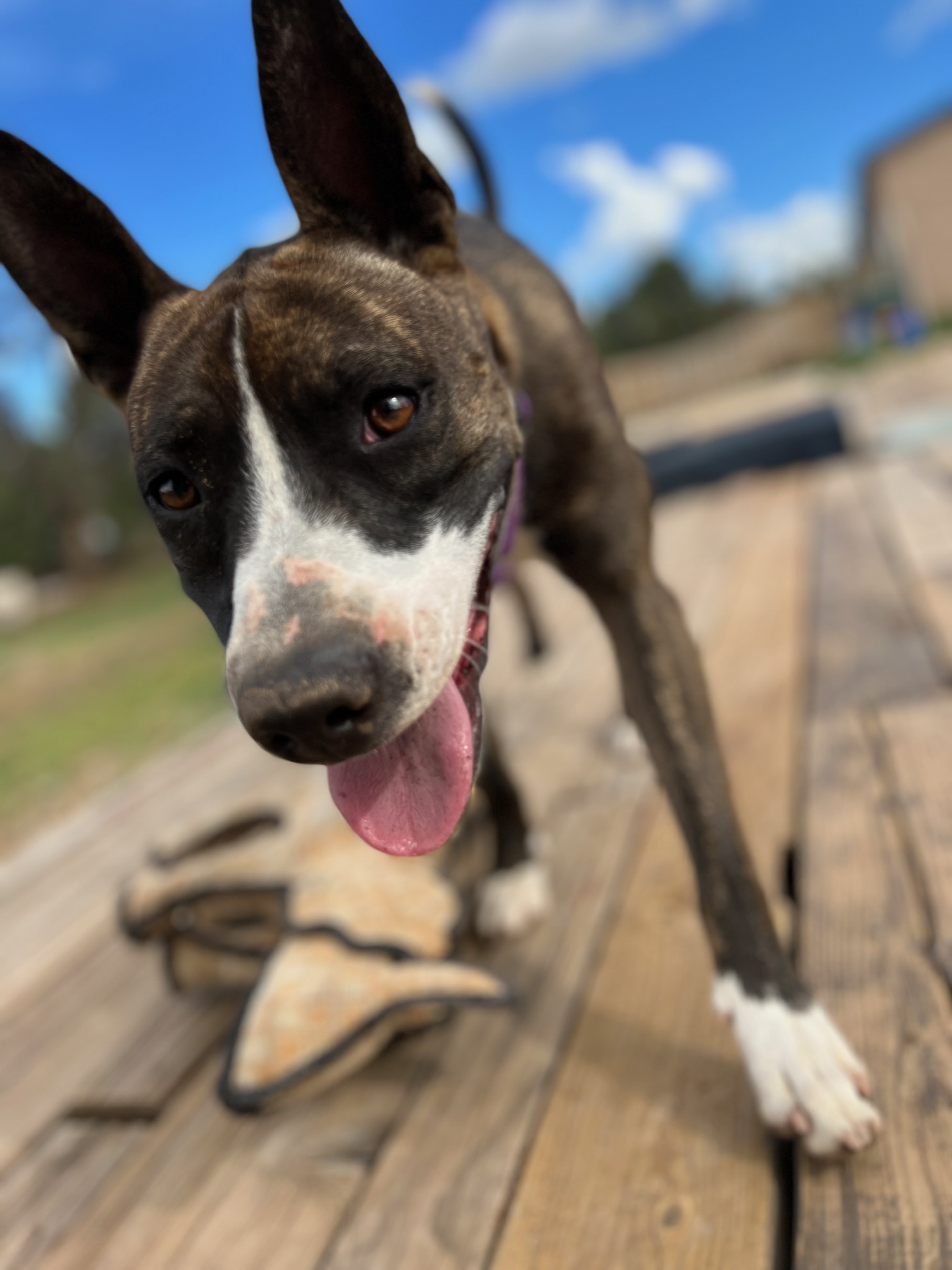