Champ, like so many dogs we receive, came from Navajo Nation in Northern Arizona. He and his brother were brought into a spay/neuter clinic and surrendered to the host group, Rezdawg, Rescue. Rezdawg transferred the siblings to a foster in central Colorado and put them up for adoption. Since the dogs were so bonded they were adopted together to a truck driver.

Unfortunately, Champ struggled. We don’t know the exact circumstances that brought him to our door but the chain of events include him found tied to a pole at a rest stop on a highway where some folks then picked him up and brought him to the local humane society. His microchip was scanned and Rezdawg was notified and they paid to have him brought back to them. Rezdawg and pranaDOGS work together when dogs with challenges end up in their care and Champ was sent to stay with us.

Champ was over the top when we met him, non stop barking, not able to be petted (anytime we pet him, he’d go over threshold and either bite our hands or bark uncontrollably). His lack of socialization when he was a puppy made him highly reactive to any and everything.

After Champ had some time to settle in, learn the routine and realize he was safe, we began playing with him with toys. He had no idea how to play with toys but as a lab, he took right to the tennis ball. And we had discovered his perfect coping mechanism….the ball. Anytime Champ got loud, we would remind him to get his ball.

The ball, ideally a squeaker tennis ball because he could chew it, became his way of dealing with life, new situations and handling. Anytime we petted Champ, we would be sure we did it with a ball in his mouth. It took him months and months of us petting him while he chewed away his stress on the ball before he was able to not just tolerate petting but actually enjoy it.

Today, Champ acts like a typical lab mix, in love with tennis balls. He loves love and is a great cuddler (finally!) and meeting him, you would never know what he came through. Champs experience is one of the reasons pranaDOGS exists, so dogs who need extra time or coping mechanisms have the opportunity to find them and be the dogs they were always meant to be. 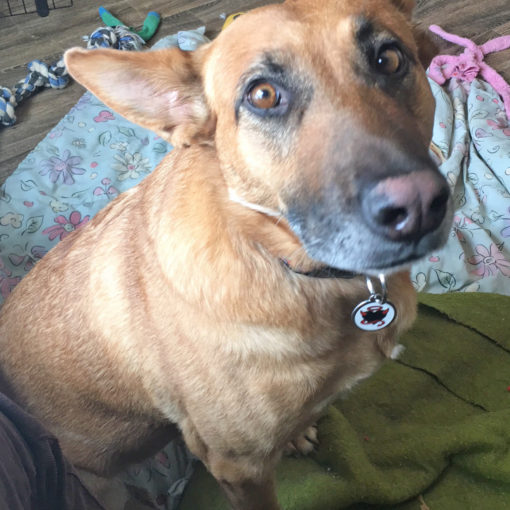 Life is not always easy on dogs. Some have been through trauma’s or had to endure puppy-hood on their own or through […] 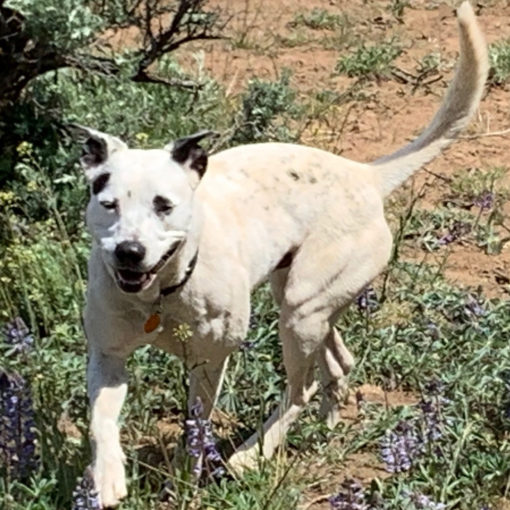 Help! My dog won’t come when I call him. He’s great in just about every other way, he also eats deer droppings, […] 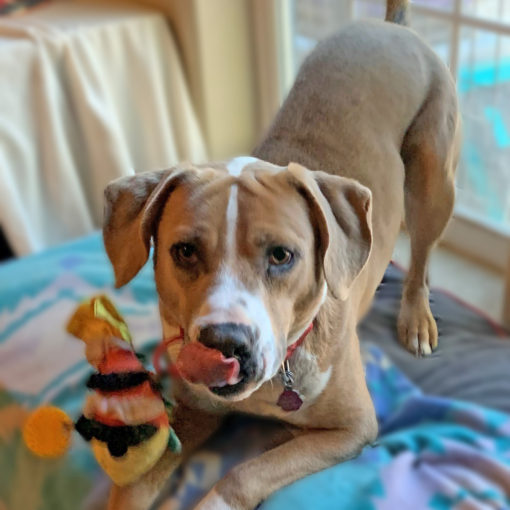 I’m a big believer that if one of us has a question about something, chances are others do too. Going forward I’m […] 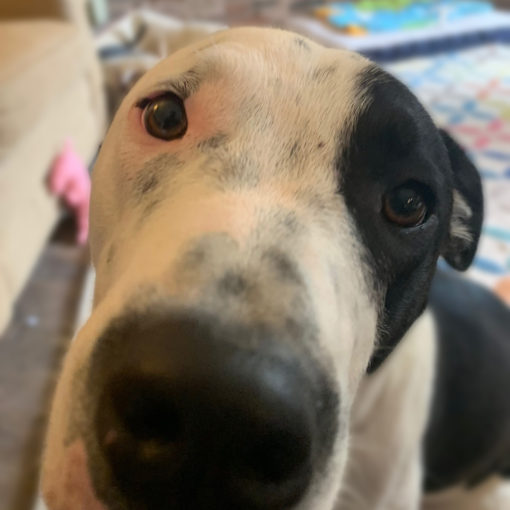 I hear this issue more often than you’d expect. Whether it’s a new dog or an established one, the results are the […]